Writing is hard work – just like a proper job … 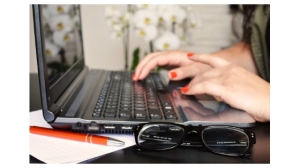 I used to think that being a writer was a pretty cushy job. After all a writer is their own boss, they can go to work in their pyjamas, drink as many cups of tea as they like, and all they have to do is bash out a few thousand words each day and within months – maybe even weeks – they have a best-selling novel and millions of pounds in the bank.

Of course that was before I actually became a writer. Now before I go any further, I should say that I know there are countless worse jobs – in terms of conditions, physical and emotional demands, and sense of achievement – than that of book writer. But I know that for me – and many fellow authors – it came as a bit of surprise to discover that actually it has a lot in common with other ways of earning a living.

And one of the main factors that working as a writer has in common with any other occupation is that you have to turn up – whether in pyjamas or a pin stripe suit – with or without liquid refreshment, and you have to be productive. You can’t be all precious and sit there sighing as you wait for your inspirational muse. Oh no, you just have to get on and write. You have to hit the daily word count target and keep the publishing schedules and deadlines firmly in sight at all times.

So when the dreaded writers’ block hits – and it inevitably does at some stage – it’s important to find ways around it and to get back up and running without too much delay. And so I thought that in today’s post I’d share some of the things that help me demolish or at least get round this most horrible obstacle to creativity.

Firstly it’s important to know the possible reason for the block. It might be fatigue, it might be self-doubt either about writing ability or doubts about the worth of the story itself, or it might be a particular scene or chapter that’s proving troublesome.

If it’s fatigue, then it’s important to give yourself permission to rest. It doesn’t have to mean going off on a world cruise, or even taking a whole day off but it’s okay – indeed it’s essential not to let yourself burn out. Procrastination is sometimes not only permissible it can be vital. So listen to music, indulge in a hobby – be it sewing, gardening or motor-cycling. Or you could have a nap, go for coffee and a cake with a friend, or even curl up with a book by some other writer who’s obviously managed to overcome their own particular blocks.

If it’s that wicked wee demon known as Doubt that’s getting in the way – then reading part of something you’ve already written and had published can help reassure you that you can do this. Similarly reading positive reviews of your work can be a great way of boosting that fragile belief in your author-self. And if you’re still awaiting publication then taking a minute to recall why you’re writing in the first place can work just as well. For example try recalling who or what it was that first inspired you to write and use it as metaphorical armour to fend off the demonic enemy. Or read over any earlier pieces of work you’re proud of and remind yourself you’ve done it before so you can do it again.

The need to reboot and refresh

And if it’s a particular piece of plotting or characterisation in your work-in-progress that’s giving you grief, getting away from the desk for a good walk can prove helpful. It’s amazing how when your body goes off for a wander, your mind does too. The brain will work away on the problem in the background while you take some deep breaths and take in the views and then when you least expect it will notify you of a possible solution. And if a walk isn’t possible, then any of the above remedies for fatigue can often help with plot-freeze too.

But if diversionary tactics don’t work then it’s quite all right to go round this particular block. So you can leave that particular scene or plot development for later and get on with subsequent chapters for a while. You can always flag up possible continuity issues as you go while the block remains unresolved and sort them out later. And it’s quite possible that by continuing on your way, your brain will again do that thing of going off on its own and solving the problem while you’re looking somewhere else.

And even in the most extreme event – where you and your brain arrive at the conclusion that a major rewrite or indeed abandonment of the book as it is, is what’s required, that’s still progress. And by re-booting the project you will also have kicked the wall over.

Walk round the wall, jump over it, or kick the blighter over

So, in summary, stalling is okay. It happens, it has to happen, and it’s all part of the writing process. The important thing is not to let it be an excuse for giving up. All jobs have their frustrations, but it’s only in the most extreme situations where our health or safety is in doubt that we need to quit.

Most of the time the problems that come with the territory are challenges that can be resolved.

And, as long as the answers to the questions below remain as they are today, I’ve no intention of letting some puny wall get in the way of writing that bestseller.

Is writing an important and vital part of my life? Yes

Do I love my job as a writer? Yes

Can I imagine ever retiring? No

So it’s bah to writer’s block. The show – or in this case the book – must go on!

7 thoughts on “Writer’s Block: How to bash through #amwriting #writing”