Having written about my top 20 reads for 2018 in my previous post, I thought I would follow that up with a look at my writing highlights during the last twelve months.

It has certainly been a busy year of writing with many hours put in at the writing desk. And I’m pleased to say those hours were productive.

Procrastination wasn’t an option as throughout the year there were writing tasks to be done. Posts for this blog and for guest spots on others’ blogs had to be written. I had features and opinion pieces to write. I also had to keep my website up to date along with my Facebook and Amazon author pages. And I had author talks and writing classes to prepare.

But of course, by far the biggest and most important task was to finish my latest novel and get it ready for publication by the end of 2018. 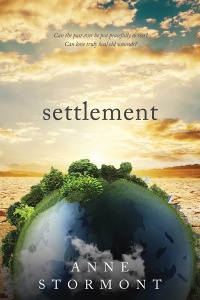 I spent January and February finishing off the pre-edit redrafting of Settlement. I’d already done several redrafts and lots of rewriting but my deadline to finish this stage was looming.

I made it! By early March, the manuscript was ready to go off to my editor – that alchemist of prose, John Hudspith. Having seemingly learned nothing from my experiences with my earlier novels, I was fairly sure there’d be very little that needed changing. But of course I was wrong.

By June, I’d spent three months doing further changes in response to John’s suggestions. And, as always as a result of this process, the properly crafted and polished work was so much better than its rawer earlier version.

So by July I was ready for a holiday and me and the mister set off from a very sunny and warm Scotland for winter in Queensland, Australia. But no hats or scarves were needed and we had a wonderful time visiting our daughter, son-in-law and grandchildren.

Once back home, August was taken up with finalising the new novel’s cover with brilliant cover designer Jane D Smith. And, I must say, thanks to Jane, the cover has received a lot of praise.

Then ‘all’ that remained was to write the publicity and marketing copy for booksellers, for my website and for social media. I also booked a blog tour to be organised by the amazing Kelly at Love Books Group.

And finally, in late September, Settlement was published, launched, and off out into the world.

This meant that October and November were taken up with a lot of marketing and interaction with my readers. It was great to get positive feedback on the book – both from existing and new readers. And I was delighted when some folks asked if there would be a third book in the series which began with Displacement. 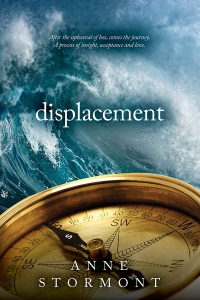 Yes, is the answer. As this year of writing comes to an end, I’ve already begun writing the first draft of Fulfilment which will indeed be the third and final book – in the series I never planned to write.

Yes, I really didn’t have series in mind when I wrote what is now the first in the set.

Displacement was supposed to be a single standalone novel – just as my debut novel had been. I intended to move on to something completely new when it was published. But my readers weren’t having it and following an online poll they convinced me that a sequel was required. And then, as I wrote Settlement I sensed that a third novel was going to be needed before I could confidently write The End and finally leave Jack and Rachel in peace. Therefore it was good when readers seemed to agree.

So 2019 looks as if it too will be another year filled with writing. Bring it on! I can’t wait to find out where Fulfilment is going to lead me.

I’d be interested to hear from readers of this post what your hopes are for the new year – either in terms of your work – as a writer or otherwise – or more generally. Please do leave comments below.

Next week’s post will be my final one for 2018 and having done a roundup of my year’s reading and writing, I plan (with reference to the subtitle of this blog) to finish off with some reflecting. You’ve been warned 🙂

7 thoughts on “A Year of Writing Doggedly”