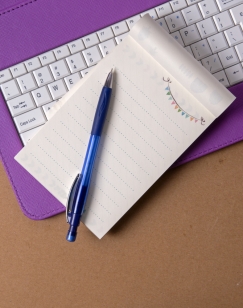 I spent last weekend at the annual Scottish Association of Writers (SAW) Conference, and, as always it was an enjoyable couple of days.

It was held, as it has been for the last few years, in the lovely Westerwood Hotel in Cumbernauld near Glasgow. And the hotel staff along with the amazingly hard-working, volunteer members of the SAW council ensured the whole thing ran very smoothly.

There were a variety of workshops to choose from and I went to three:

SELF-PUBLISHED FROM MANUSCRIPT TO MARKET – this was led by the director of an assisted and highly reputable publishing company. It was a good overview of the process of self-publishing but understandably he took the view that an author going completely alone couldn’t do as good a job as would be done by a company like his. But although I didn’t agree with everything he said, I did find the part on marketing useful.

HOW TO WRITE A CRIME NOVEL – this workshop was led by novelist Simon Brett and was great fun. I don’t plan on writing a crime a novel but I was sure I’d learn some more general things. And I did. There were more than forty people in the workshop and with Simon leading us we collaborated on producing the outline of an entire novel in one hour. As I say, it was fun and I picked up some handy tips on plotting.

WHAT PUBLISHERS WANT – this one was led by the owner of a small independent publishing company. It was interesting and informative about the traditional publishing process. But nothing the workshop presenter said led me to believe I’d be any better off being published by her. I sell as many books using my own imprint as most of her authors, so it was worth attending the session just to learn that.

But by far, the best part of the conference for me this year was the time spent talking to fellow writers, some of whom I’ve known for many years, and others who I met for the first time. Writing can be a rather lonely activity so it’s always good to spend time with colleagues and to share experiences. I was able to pass on tips to others and also to pick up new and useful information myself.

And so that’s it for another year. Thanks again to all who organised the conference for a very reasonably priced, well run conference in a perfect setting.

Question for writers: Have you attended any conferences aimed specifically at writers? If so what did you enjoy the most?

5 thoughts on “Reflections on a Writing Conference”