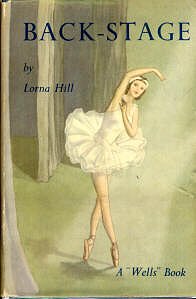 My second post in this 26 books-in-52-weeks challenge had to come from the category – A Book from Childhood.

Picking just one of the many books I read as a child was difficult. I was a bookworm from an early age. From around the age of five, my mother regularly took me to the local library – Morningside Library in Edinburgh – and I would spend ages browsing in the children’s section. It was a habit I continued as I got older and could get to the library on my own. As a teenager, and having moved to the other side of Edinburgh, I frequented Leith Library and also made use of the excellent school library at my high school, Leith Academy.

The first proper novel length book I remember reading was Enid Blyton’s First Term at Malory Towers. It was a present given to me by my grandmother when I was seven-years-old and in hospital getting my tonsils out. I raced through it and Granny promptly bought me Second Form at Malory Towers.

I ended up reading that whole series – as well as Blyton’s Famous Five, Secret Seven and Mystery series. I could have chosen any of them to feature here. I also read and loved the Heidi books by Johanna Spyri, the Katy Books by Susan Coolidge, as well as Peter Pan, Black Beauty, and lots of other well known children’s classics.

However, I’ve decided to highlight a book from my childhood that I suspect is perhaps less well known. The book is Back Stage by Lorna Hill. It was published in 1960 and I read it some years later when I was twelve. I still have my first edition copy with its price tag of 6 shillings (30pence).

As an aspiring ballet dancer myself, at the time, I loved the story of Anna and Vicki who were pupils at the Royal Ballet School in London.

I must admit, when I picked this book off the shelf today in order to write about it, I couldn’t remember much about the story. But I did remember I adored it at the time I read it. So much so I immediately got Vicki in Venice, the next one in the series.

Yes, the language is a bit dated now. A favourite example for me is a line of dialogue that goes: “Oh, no, Joady,” I expostulated. I suspect there’s not a lot of expostulating going in today’s children’s novels.

But aside for some quaintness, the novel’s themes endure and are still relevant today. The story deals with bullying, friendship, the loss of a parent, the difficulties of adolescence and even first love. The heroine, Anna, is self-reliant, stands up for herself, and makes her own decisions – so still a good role model for today’s girls.

Plot wise, there’s a good twist, a reckoning, and a satisfying resolution.

Yes, this book definitely earned its place as one of my childhood favourites and has also earned the right to still be on my bookshelf nearly (eek!) fifty years later.

What one book would you pick as a standout favourite from your childhood?