November is turning out to be a busy month for me. There’s lots of writing and writing-related work to be done. And I’m really looking forward to it all.

So what’s on? See below…

As well as the final push to complete the first draft of the novel-in-progress, I have both teaching and author talk commitments.

The librarian at my local library in Portree has asked me to deliver three weekly afternoon sessions this month teaching creative writing to interested adults. The first session was a couple of days ago and I certainly enjoyed it  – and the participants seemed to as well. 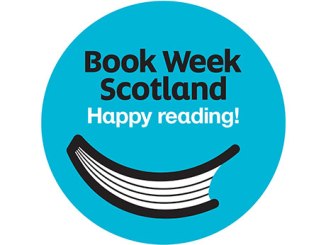 I’ve also been asked to do two author talks during Book Week Scotland (run by the Scottish Book Trust) in the week beginning 21st November.

The first talk is, again, at the library. It is scheduled for the 21st and is for adult readers. I’ll be appearing as my Anne Stormont novelist persona and speaking about my already published novels as well as giving a preview of my new one due out in 2017. Its title is Settlement and is a sequel to Displacement.

But I will also be speaking as Anne McAlpine, children’s novelist, and talking about The Silver Locket, my novel aimed mainly at nine to twelve year-olds. Folks who come along to the talk will also get the chance to buy my books.

My second author talk during Book Week will be at my local primary school where I’ll be presenting myself only as Anne McAlpine and talking about The Silver Locket to pupils in Primary Six. There will also be a sneak preview of The Silver Axe, my planned follow up to The Silver Locket.

Click here to find out about lots more happening throughout Scotland during Book Week.