A biography in comic strip form, a perfect blend of genres 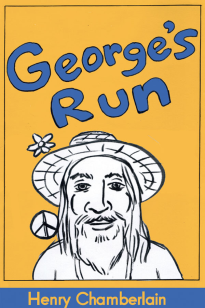 As I said in my previous post, sometimes it’s good to get out of your reading comfort zone and to read something that’s not in the genres you usually favour. And I suggested trying graphic novels if that’s not something that’s on your bookshelf. I also mentioned comics author Henry Chamberlain and his blog.

I was reminded of the power pictures have to tell stories with few or no words when I discovered Henry Chamberlain’s Comics Grinder blog. Henry is a cartoonist whose blog is a richly stocked shop window and showcase for all sorts of comics, graphic novels and cartoons and their creators, as well as associated movies and conferences.

For all writers, whether it be of fiction or non-fiction, the construction and pacing of content is crucial to the finished work’s effectiveness and appeal. But for the graphic writer it’s crucial. A whole scene, or indeed a chapter, might have to be contained in a single picture. But this constraint can work in the graphic form’s favour as it gives it immediacy.

And perhaps that’s why Henry’s idea of writing a biography in cartoon form is such a good one. A huge amount of detail can be told economically and powerfully.

Henry Chamberlain’s book about the life and work of American science-fiction writer, George Clayton Jones, someone it’s obvious he admires, is coming out in serial form–– very appropriate for the genre and the subject. And Part One of George’s Run is out now.

Sadly Johnson passed away shortly after the publication of the first instalment but Henry’s work promises to be a fitting tribute to the man.

George Clayton Jones born in 1929, was part of the pop and counter-culture world of the 1960s. He wrote for the TV sci-fi series The Twilight Zone, a scary and fascinating series I remember from the black and white days of my youth and from long before the X-Files were even a twinkle in television’s eye. Jones also wrote the first ever episode of Star Trek–– legacy enough when you think how that series developed. And as well as that he was a co-writer of the original Ocean’s Eleven on which the much later movie is based. But for true sci-fi fans his greatest achievement is probably as co- author of the cult classic Logan’s Run.

This first part then of George’s Run is based on a face-to-face interview Henry carried out with George and is an introduction to the man and his work and how he grew up in a time of all sorts of possibilities and imaginings and was influenced by the radio and the movies, the new media of the time.

The pictures are charming and expressive and Chamberlain succeeds in having them do that picture tells a thousand words thing. It’s a great start to the full biography of an interesting and, yes, groundbreaking writer. It also seems particularly apt to tell this life story in graphic form. Perhaps more biographies could or should be done in this way.

Henry also has a collection of his best comics stories available in his book A Night at the Sorrento and Other Stories. 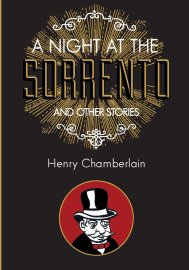