From the upheaval of loss to insight, acceptance and love 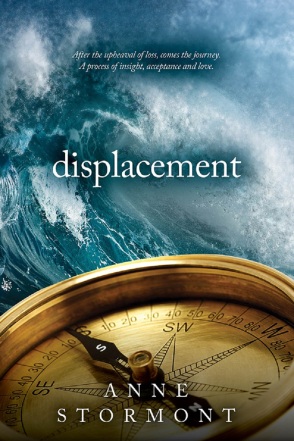 This is the second of two posts where I share a bit about why I chose the theme of displacement for my novel of the same name. In the first post I talked about physical displacement – displacement from home and country. In this post I’m going to look at the emotional aspects explored in the novel.

Rachel, one of the two main characters, is a fifty-something woman. She lives alone on the Isle of Skye, one of the Hebridean islands off Scotland’s west coast. Her home is on a small farm, or croft as it’s called in the Scottish highlands. And as well as looking after her sheep, she also works as a children’s book illustrator and writer. Rachel has been through a lot of upheaval in her life––divorce, grief after the loss of her soldier son, killed in Afghanistan, and then as the story begins, the loss of her mother who she’s been living with and caring for.

And the other main character, is newly retired Edinburgh police detective, Jack. He’s coming to terms with his retirement, has just had heart surgery, and is feeling stuck in a relationship that has run its course. Like Rachel he is divorced. At the start of the novel he has just bought a rundown cottage in the (fictional) Skye village of Halladale. He plans to do it up and to use it as a holiday home.

Both Rachel and Jack have lost their way emotionally. Both of them need to come to terms with the changes in their lives and to find a new way of living. During the course of the novel both of them explore new ways of life.

Rachel goes to Israel-Palestine, where her brother lives. She wants to explore her Jewish heritage and to see if she too can settle and make a new life in the Middle East. And the people she meets there certainly open her mind to new ways of living and new possibilities. There’s Hana, a Palestinian woman who owns a guest house on the West Bank where Rachel spends a few days. The conversations Rachel has with Hana are life-changing. And then there’s Eitan, an artist, and best friend of Rachel’s brother. Eitan reawakens in Rachel what it is to be a woman and a person in her own right––not just a mother, daughter or ex-wife.

Jack meanwhile finds working on his cottage to be therapeutic. He also finds walking in and photographing the stunning Skye landscape provides him with time and space to decide what’s next now he’s retired.

And then there’s the relationship between Rachel and Jack. They establish a strong friendship before Rachel leaves for Israel and it’s a friendship that benefits both of them emotionally. But there’s also a complication––an undercurrent that both of them sense but neither acknowledge––they are strongly attracted to each other. Beginning a new relationship isn’t something either of them wants and it’s this emotional complication that drives the narrative of Displacement forward.

At its heart Displacement has the question of whether Jack and Rachel can become new anchoring points in each other’s previously turbulent lives.