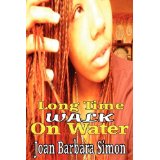 I have previously reviewed Joan Barbara Simon’s novel ‘Mut@Tus’. That novel was written after the one reviewed here.

I enjoyed this ‘Family Fairytale’ every bit as much – although it was quite different in subject matter.

This is a collection of stories – not a short story anthology – all the stories form a novel -but it’s a novel of episodes. In that respect it’s similar to the structure of
‘Mut@Tus’.

When I first began reading I got confused trying to follow a conventional novel timelinestructure. It took me a while to realise I didn’t have to worry about that. So
I restarted and just ‘went with the flow’ – definitely the approach to take.

It is a beautifully written book and the readers’ ‘ear’ soon becomes attuned to the passages that are written in dialect.

There is a large cast of characters – Jamaican and English. Some of the book is fact, and some of it fiction, and the author is meticulous in separating the two. The characters, who are all vividly drawn, tell their own stories. And it is the female characters who are the most affecting especially Emily, and the child, Mandy. This is a history of women – specifically of women in London’s
Jamaican immigrant community and of those they left behind when they came t0 England, and those they met and gave birth to once here. The various narrators are all connected. Love – especially maternal love – adequate or not – is a thread that runs all the way through.

The themes include dislocation, alienation, racism, belonging and family bonds.

In its subject matter and its structure, it is something unlike anything I’ve read before – and yet it’s recognisable and resonant – because all of life is in it.

It is an absorbing and affecting read and, it struck me, it would be excellent for a book group.
‘Long Time Walk on Water’ is published by Step Out
Creatives and is available on Amazon for £7.99.